These films provide a protective layer to glass doors and windows, offering protection against forced entry, reducing the damage from severe weather including flying glass and weather penetration. While developed to stop flying glass damage from terrorist bombings in the ‘70’s few of us are worried about that compared to risk from forced entry and vandalism. 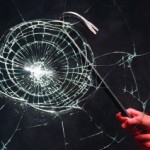 There are a variety of film thicknesses for various applications. The 2 mil would work well on tempered shower doors, like some hotels use to protect guests in the event of breakage. 6-8 mil films are commonly found in commercial and government buildings on doors and windows. 11-15 mil films are available for those wanting extra protection, and there is even a 21 mil film for severe duty installations.

To take full advantage of the film’s strength, we utilize an attachment system to secure it to the frame. This is best done with a mechanical attachment that physically bonds the film to the window frame. While many use a structural silicone (a caulk), we believe that with the costs between the two being as close as they are that we must recommend the former.

As an added benefit, security films cut up to 99% of UV rays, which damage paint, carpets, art and furnishings. They also reduce solar gain thereby reducing cooling bills as well. Without even taking these other factors into account, films can pay for themselves in 3 years and many more times during their lifetime.

3M’s page below has a dramatic real-life video of a break in attempt. 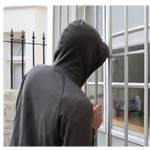 When vandals are looking to leave their mark, they often choose glass as the cost of replacement makes it a better target than a wall that can simply be painted. While spray paint can be easily cleaned off of glass, acid etching and sharp object damage cannot be repaired and the glass must be replaced.

Note: many municipalities require removal of graffiti by city ordinance; time frames vary but can be as short as 24 hours.